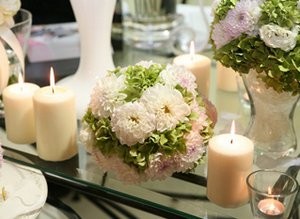 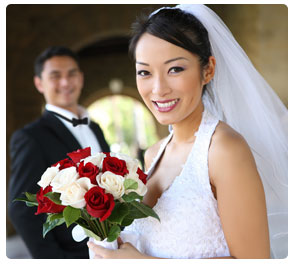 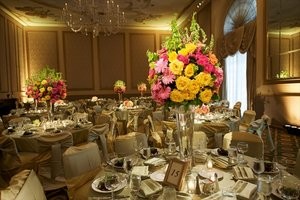 Traditional Chinese marriages are embedded in Chinese societal ceremonial rituals that involve pre-arranged agreements between two families. Romantic love was allowed within Chinese culture and monogamy was practiced. In a Chinese maternal marriage, the man would become a son-in-law but live in the wife’s home. This was done to transform polygamous men into monogamous husbands, which signified the decline of dominant matriarchy in ancient China. A Chinese marriage is considered to be one of the most important things in a person’s life. The pre-wedding ceremony has to be done in six different steps before the actual wedding ceremony takes place. It is the greatest ritual people will have in their life. Although modern Chinese people are shedding the old marriage customs and embracing Western cultures, the atmosphere created during typical traditional Chinese weddings is jubilant, enthusiastic and generally ceremonious.

Chinese traditional marriage customs have a crucial role in the country’s folk culture. Since China has more than 50 ethnic groups, marriage customs differ, but they follow the same basic principles which give them uniformity. These may include the engagement, dowry payment and some parts of the actual ceremony. An example of varying elements is the custom where the Bulang community steals the bridegroom during the wedding day and carries him to the bride’s home at dawn. Then the bridegroom’s companions carry the bride to the bridegroom’s home at dark. In the Dai community, to find a mate, you needed to sell chicken soup at every festival. If the boy you sell the soup to is satisfied, he would carry the chicken soup to a quiet place to confess his feelings to the girl. In the Zhuang culture, girls would throw decorated balls to the boys they fell in love with!

In Chinese society, marriage depends on the parents’ orders. The parents make a selection, with men being honored more than women.

The process of marriage involves:

Selection – when a man falls in love with a girl, his family asks a matchmaker to go to the girl’s home to make a proposal with a live wild goose. The goose is a gift that symbolizes living up to the expectations of each other and the punctuality of the man.

Name knowing – this is simply to inquire after the girl’s name and her birthday. It also involves asking a fortuneteller to match the two and see if the marriage will be happy.

The engagement – if the match is perfect, the man’s family asks the matchmaker to make a preliminary appointment with more gifts and a formal letter. Thereafter, the two families exchange their children’s birth certificates as evidence of the engagement.

Meeting – this is the climax to the marriage process. Here, the bride wears festive red clothes and the bridegroom wears a special wedding suit. When departing from her parents home, the bride’s parents’ place a bowl of water on her, representing her departure and wishing her enough food in the future.

In New Zealand, church weddings are the most accepted traditional marriage celebrations. The bride is supposed to wear a white wedding gown and is attended to by her bridesmaids. The groom wears a black suit with a white shirt and is accompanied by his best man and groomsmen. According to both Chinese and New Zealand customs, the groom is not supposed to set eyes on the bride before she walks down the aisle to join him on the wedding day.

Chinese weddings in New Zealand also incorporate cultures like the ceremonial welcome to the bride and groom known as a Powhiri. In addition, the wedding ceremony may also be conducted by a New Zealand tribal elder who blesses the couple and guides them morally. For Chinese couples opting to have weddings in New Zealand, wedding rings made of carved bone or greenstones are incorporated. They are symbols of a never-ending love from the traditional Maori community of New Zealand.

Chinese weddings in New Zealand have perfectly planned home arrivals. On arrival, the bride steps over a brazier and burns out an inauspicious ash. Then the couple bows to the bridegroom’s parents and to each other before sending the bride to her chamber for the feast. During and after the feast, relatives and friends of the same generation crowd the bridal chamber for different types of games and performances to add joy to the wedding.

However, as society progresses, people’s minds are transformed and “free love” is becoming increasingly popular in China, disconnecting current Chinese marriages from complicated traditional customs. Being Chinese and getting married in New Zealand has become very easy since the process nowadays only involves the engagement and wedding ceremony. Gifts are mostly gold or diamond jewelry and the dowry has been changed into modern appliances like fridges, TVs, washing machines or even sofa sets. Hotels have become popular places to hold wedding feasts and the whole wedding ceremony can be organized by a single master of ceremony in one hotel. After the wedding, the new couple goes on honeymoon.

It doesn’t matter where in the world you are, weddings bring out the best in everyone and call for joyous celebrations. In New Zealand, traditions are beautifully mixed, modern with ancient, to create a unique wedding experience of a lifetime.